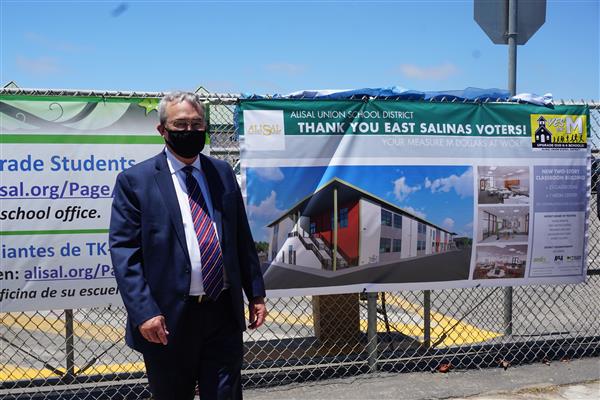 Alisal trustees unveiled a sign on Tuesday, June 24, 2020, to mark the beginning of the reconstruction of Alisal Community School. This is the first major project being undertaken with Measure M funds, a voter approved measure that allows Alisal USD to issue $70 million in bonds to “modernize, replace, renovate, construct, equip, acquire and rebuild the District’s facilities.” The Nov. 2016 measure received a 73 percent voter approval. 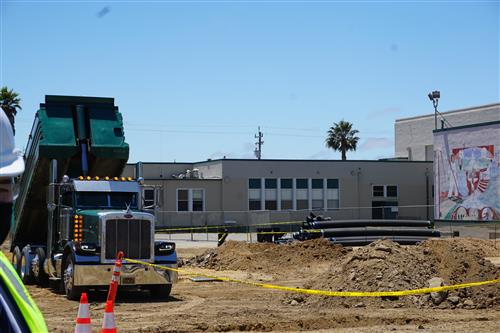 For the first phase of the reconstruction, a new, two-story building will be installed in the back of the existing school. It will have 23 classrooms, and a media center. Estimated construction cost is $16 million.

Alisal Community School began as a one-room school house that was moved from Chualar to the corner of Del Monte and Williams in the 1930s. The school  itself was built around 1936 as part of the New Day Works Project Administration, with buildings added in 1951, 1953, 1959, 1972, and 2001, as the population around Alisal grew. The school is the oldest in the Alisal Union School District, which serves more than 8,500 students K-6 in East Salinas.