JG Larochette, founder and executive director of the Mindful Life Project of Richmond, Calif. spent an entire day at Monte Bella Elementary to launch the school’s mindfulness project. Experts say mindfulness exercises, which consist of breathing and focusing on the present moment, help students concentrate in school and perform better academically. It’s supposed to be especially helpful for students who experience trauma and live in challenging environments. 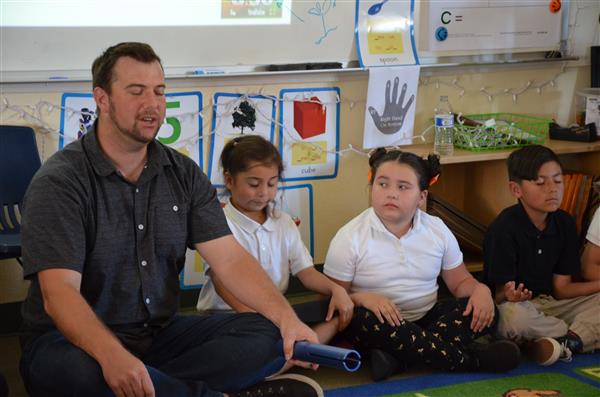 The day began with two school-wide assemblies and later moved on to class demonstrations by Larochette and his associates. Later there were demonstrations in classrooms, a professional development session for the entire staff, and there was also an event designed for parents.

Maria Alvarez, principal at Monte Bella, has been conducting breathing, listening and body awareness exercises with her students since she first took the helm of the school --- something she had also done at Virginia Rocca Barton when she was assistant principal.  But Tuesday, when Larochette and other trainers came to Monte Bella, was designed to train more teachers to incorporate more mindfulness principles more deeply in daily activities.

“This is something that can use for the rest of their lives,” she said.