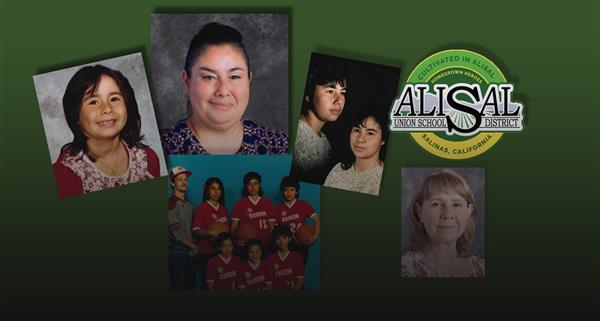 Elena Clemente’s favorite memory of attending Kindergarten at Bardin Elementary was created in a classroom that wasn’t her own. Ms. Clemente and her classmates would visit Mrs. Smith, who had a bathtub where kids could go in and read.

“I thought it was the coolest thing ever,” Ms. Clemente said. “I just loved it.”

It was her inspiration to become a teacher, and to focus on young children for most of her career.

Born in Salinas, Clemente’s history can be traced to the sugar beet industry, so intricately linked to Spreckels. His maternal grandfather established a sugar beet company, and her father later  followed on his father-in-law footsteps working in the same crop. But even though her father joined “la corrida” to make a living and support his family, her mother insisted Ms. Clemente and her sister finish the school year at Bardin.

“I loved going to school there,” she said. “I danced baile folklorico with Ms. Saavedra, I was in the choir, I played sports and being here now at Creekside for me is important that I believe in where I work.”

After promoting from Bardin, Ms. Clemente attended Madonna del Sasso for one year but she begged her parents to allow her to rejoin her classmates at El Sausal. She went on to graduate from Alisal High, then attended Hartnell and San Jose State University. Right after graduating she began working as a teacher for the Pajaro Valley Unified School District.

“I had been working in Watsonville for the pupils program, that’s where I met some amazing teachers. I told my boss ‘high school is not for me.’ I knew I wanted elementary. They put me with Lori Rasmussen and I fell in love with kindergarten. I loved that age range, watching how children interact, how they verbalize, how they solve their problems... you can see their little brains working (when they’re) 4 and 5.”

During her first year teaching in Watsonville, Ms. Clemente realized she wanted to teach at Alisal.

“Kids would talk about the plaza, all these places in Watsonville, and I was clueless. I knew I needed to come home. Thankfully, I applied and I got hired. I was able to work (at VRB) with my mom for two years, then I came to Creekside the year after it opened.”

Ms. Clemente joined her mother, Maria Clemente, who by then had been a teacher at Virginia Rocca Barton for seven years. In total, Maria Clemente has been at VRB for 28 years, her entire career at Alisal USD.

“I was very proud of her,” Maria Clemente said of her daughter. “She decided to go into the same career I had.”

Elena Clemente has been at Alisal USD for 21 years, 19 of those at Creekside.

“It means a lot to me to know I’ve made a difference,” in students’ lives, Ms. Clemente said. “I’ve had parents that, when I switched to teach English said ‘queremos estar con usted.’ Parents come to seek me out, they ask ‘que opina?’ Sometimes having that person you feel confident to ask reassures them of any doubt they may be having. It does mean a lot to me I’ve impacted so many people, I was there and I had some teachers who believed in me. I had some great teachers — Ms. Beals, Ms. Mosher, Ms. Villegas. I hope what I give my students is confidence to know somebody believes in them. I may set a high standard, but I know they can get there.”